Achalasia is a disorder that prevents food from passing into your stomach, leading to regurgitation and weight loss. Board-certified gastroesophageal surgeons Marc Ward, MD, and Steven Leeds, MD, at the Center for Advanced Surgery are experts in diagnosing and treating achalasia, using advanced techniques like per oral endoscopic myotomy (POEM) to avoid the need for surgery. Call one of their offices in Dallas, Plano, or Tyler, Texas, today for more information or schedule a consultation using the online booking facility.

Achalasia is a condition that affects your lower esophageal sphincter (LES) and makes it difficult to eat.

The LES is a muscular ring that stops stomach acid from flowing back up your esophagus. The LES opens when you swallow to allow food to enter your stomach, then closes again. If you have achalasia, the LES doesn't open properly when you swallow, so food can't get through.

The cause of achalasia is a problem with the nerves that signal the LES to open when you swallow. It's not clear why this happens, but the malfunctioning nerves mean your LES is unable to relax and food remains in your esophagus.

Achalasia symptoms include chest pain and regurgitation of food. Due to the lack of nutrition, weight loss is a common complication of achalasia. 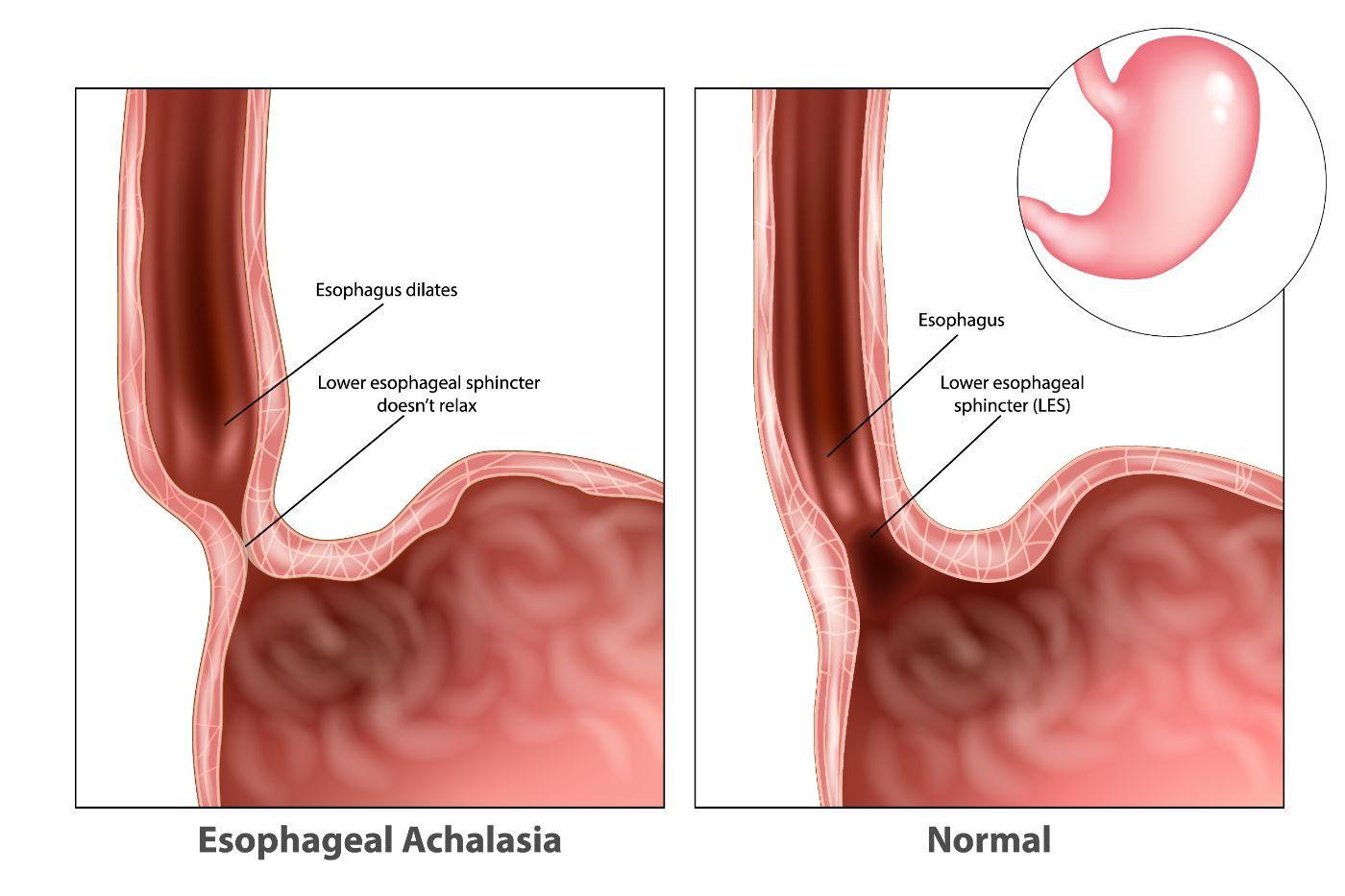 How is achalasia diagnosed?

The symptoms of achalasia are similar to those of gastroesophageal reflux disease (GERD), but treatment for GERD won't help with achalasia.

To diagnose achalasia accurately, you need to undergo a test called esophageal manometry. Your provider at the Center for Advanced Surgery passes a slender probe down your esophagus through your nose.

You then swallow small mouthfuls of water so the sensors in the probe can detect how well your LES is working.

How is achalasia treated?

The Center for Advanced Surgery uses two primary approaches to treating achalasia. The first is esophagomyotomy (also known as a Heller myotomy), which is the established standard treatment for achalasia.

Esophagomyotomy is a surgical procedure made using an incision in your abdomen or sometimes your chest. After accessing the LES, your surgeon cuts the sphincter to stop it blocking entry to your stomach.

Results are typically excellent following esophagomyotomy, with few patients experiencing a recurrence of their achalasia.

The other technique is per oral endoscopic myotomy (POEM).

POEM is a newer approach to the treatment of achalasia. Instead of making a surgical incision, your surgeon at the Center for Advanced Surgery performs the procedure endoscopically.

An endoscope is a flexible pipe fitted with a tiny camera. It goes down your throat, sending back video footage of your esophagus. This enables your surgeon to access the LES without the need for surgery.

You have a general anesthetic for a POEM procedure and typically spend one day in hospital recovering. The operation causes little or no pain, and you should be able to return to work after about four days of rest.

The results of POEM are as successful as with esophagomyotomy, so it's a good alternative for suitable patients.

If you're experiencing symptoms of achalasia, visit the Center for Advanced Surgery to benefit from their state-of-the-art diagnostic facilities and superior surgical skills. Call the office today or book an appointment online.

"We see patients for Gastroesophageal reflux disease, Achalasia, and Hiatal Hernia. Call us to book your appointment today."